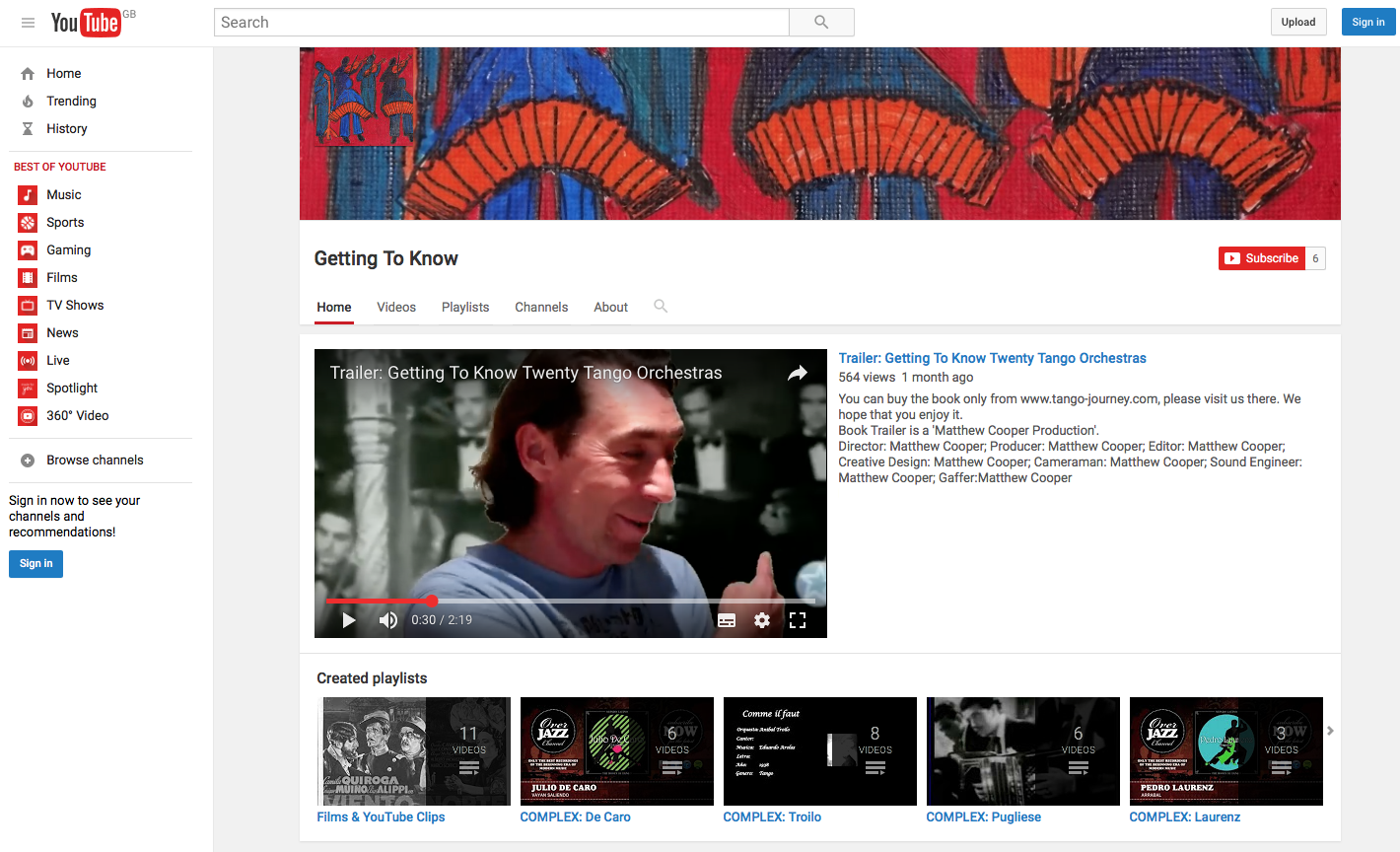 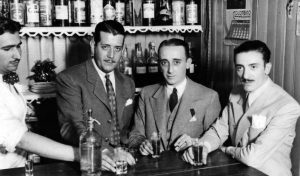 Taken in 1936 this image shows Juan D’Arienzo second from right having a drink with his pianist Rodolfo Biagi to the far right.

Like Canaro, D’Arienzo is a constant character in today’s milongas. From 1935 he is credited with massively increasing the market for dance tango, opening up the era in which the majority of our twenty orchestras thrived. His focus was always on the dancers’ feet, a priority to which everything else (melody, singers, musicians) took second place. He remained a powerful force in tango recordings for forty years. 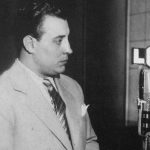 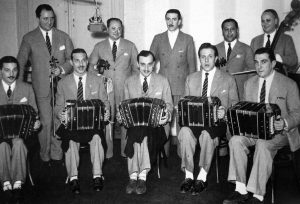 Rodolfo Biagi is standing in the centre of the back line, sporting his familiar moustache.

A pianist who gave the exciting energetic edge to the emerging D’Arienzo, and after founding his own orchestra he became ‘King of the Off-Beat’, challenging dancers with silences where the strong stepping beat is expected. He recorded from 1938 to 1962. 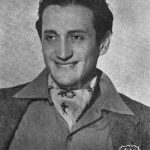 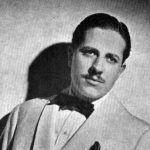 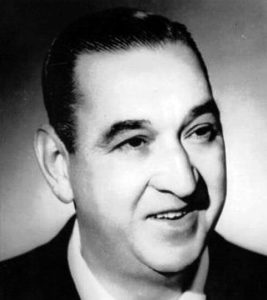 Tanturi looks like his music sounds: solid and punchy.

His recording contract came just after D’Arienzo’s emergence on the tango scene, and so, unsurprisingly, he produced a thumping sound for the dancers’ feet. His main recording years for the dance era was the 1940s. 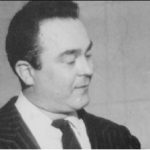 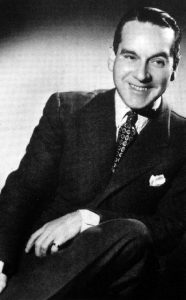 Enrique Rodríguez, sitting cross-legged and looking like his music feels: happy and cheeky.

Rodríguez was a bit of an outsider amongst the other tango orchestras because he positioned himself as a provider of all types of music, not just tango. Nevertheless, his tangos, valses and milongas are always uplifting and fun. Although he recorded from 1937 to 1971, his main period for the tango dancer comes to an end in the mid 1940s. 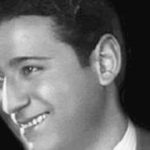 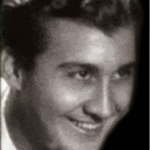 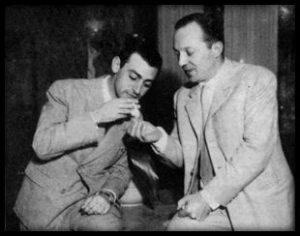 Ricardo Malerba is on the right, lighting the cigarette of his singer Orlando Medina.

Malerba had a late and short-lived appearance on the tango dance scene. His recording contract came in 1941, with a brief to build on the success of the D’Arienzo style, but he soon established his own sound with a greater emphasis on the melody and the singer. His main years of interest to the tango dancer lasted only to 1945, although he continued recording beyond this time. 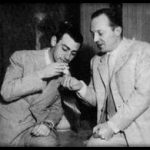 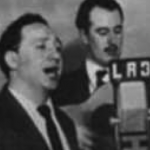